Listen to the podcast to learn:

How early her parents started her family's early education.

Why Janis didn't think she would like Washington D.C.?

Photos from this Episode 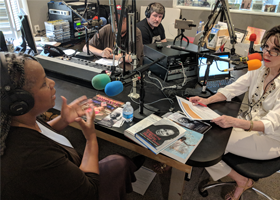 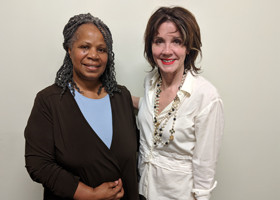 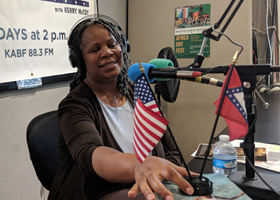 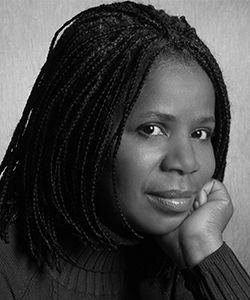 Born in Gould, Arkansas, Janis Kearney was one of eighteen children of parents Ethel V. Kearney and James Kearney. After graduating from Gould High School in 1971, Kearney attended the University of Arkansas in Fayetteville, earning a B.A. in journalism in 1976. She continued on with her education while working, earning thirty hours towards a M.P.A. from the University of Arkansas at Little Rock.

After earning her B.A. degree, Kearney was hired by the State of Arkansas in 1978, where she spent three years as a program manager for the Comprehensive Employment and Training Act program, and another six years as the director of information for the national headquarters of the Migrant Student Records Transfer System. Leaving government work, Kearney purchased the Arkansas State Press newspaper from Daisey Bates in 1987. She published the weekly paper for five years before joining the Clinton-Gore presidential campaign in 1992, where she served as director of minority media outreach. The following year, Kearney joined President Bill Clinton’s transition team. She began with the White House Media Affairs Office before being appointed as the director of public affairs and communications for the U.S. Small Business Administration, where she worked until 1995. That year, Kearney became the first presidential diarist in U.S. history, chronicling President Clinton’s day-to-day life. She remained in this capacity until President Clinton left office. Kearney came under scrutiny during the Starr Committee proceedings when her diary and testimony were subpoenaed. No wrongdoing was found.

After President Clinton left office, Kearney was named a fellow at Harvard University’s W.E.B. DuBois Institute in 2001, where she began work on a book about President Clinton entitled Conversations: William Jefferson Clinton-From Hope to Harlem. Kearney and her husband, former White House director of presidential personnel Bob Nash, are no strangers to the issues of race that still plague America. They were racially profiled by police following a car-jacking of a vehicle similar to theirs while still employed at the White House. Kearney served as the Chancellor’s Lecturer at the City Colleges of Chicago and continued her DuBois Institute writing project, as well as her work on Cotton Field of Dreams: A Memoir until moving with her husband and son to Arkansas.

Up In Your Business is a Radio Show by FlagandBanner.com