All you need in one kit. Our tangle free spinning pole insures your flag will not tangle around the pole in high-wind areas. Recommended for residential use only. See below for related products.

Specializing in American-made flags and banners, we offer American flags and all the flags of the world in a variety of sizes and materials. We’ve got your flag here, as well as the poles and hardware you need to fly it.

Our YouTube Channel has over 100 tutorials, decorating tips, interviews and more. When you have a question about flags... We're the Experts!

Get a free, friendly quote on custom banner and flag printing, sewing and embroidering, all made in the USA. Our expert graphic designers can help you create advertising flags, custom banners for trade show displays, light pole banners and more.

Learn how to hang the flag everywhere, when to fly the American flag, and other U.S. flag-related facts.

Visit our sister site to dress up your address with a new wall mounted or lawn address plaque.

Inspiring you to celebrate your own bravery and challenging you to recognize it in others. Free to you, from Flag and Banner.

Why Buy From Us?

FlagandBanner.com is a 45-year veteran of the flag business. We have 21 great reasons why you should buy your flags and banners from us, but one of the best is the genuinely courteous customer service you’ll get from our flag experts here in the U.S. 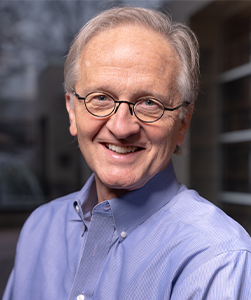 Nate Coulter grew up in Nashville, Arkansas and graduated from high school there in 1978. He earned a bachelor’s degree in history from Harvard in 1982, and law degree from Harvard Law School in 1985. After clerking for U.S. District Judge G. Thomas Eisele, and serving as assistant legal counsel to Governor Bill Clinton, he maintained a trial practice in Arkansas for over 25 years. He was a partner with the firms of Wright, Lindsey & Jennings and, later, Wilson, Engstrom, Corum & Coulter. In March 2016, Coulter became the Executive Director of the Central Arkansas Library System, a public library serving Perry and Pulaski counties including the cities of Jacksonville, Maumelle, Perryville, Sherwood, and Little Rock, Arkansas. As executive director of CALS, Coulter oversees the budget, fundraising, and programming for the system. 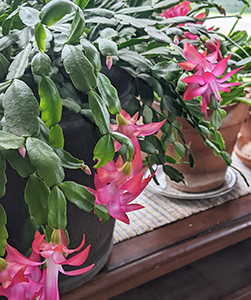 Caring for My Christmas Cactus

Has your Christmas cactus forgotten how to bloom?

Though this may sound like a metaphor for one’s aging brain, it is not. It is a serious question, pondered by many persons this time of year.