On August 29, 2019, President Trump formally brought back the United States Space Command with the mission "to deter aggression and conflict, defend U.S. and allied freedom of action, deliver space combat power for the Joint/Combined force, and develop joint warfighters to advance U.S. and allied interests in, from, and through the space domain."

The Space Command, also known as SPACECOM, was originally created in 1985 and functioned until 2002.

New Space Command flags and flagpole kits will added in the future. 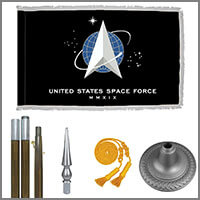 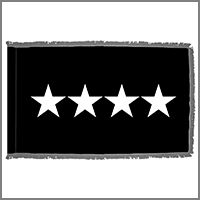 For more information on the Space Command, visit the official https://www.spacecom.mil website.

According to the Trump Administration, a sixth branch of the United States Armed Forces called the Space Force will be following the re-authorization of the Space Command. For the full remarks of the August 29th speech, click here.