World War I, also known as WWI (abbreviation), the First World War, the Great War, and "The War to End All Wars," was a global military conflict that took place mostly in Europe between 1914 and 1918. It left millions dead and shaped the modern world. The Allied Powers, led by France, Russia, the British Empire, and later, Italy and the United States, defeated the Central Powers, led by Austria-Hungary, Germany, and the Ottoman Empire.
Showing 1 - 24 of 462 results 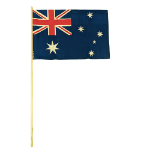 Size Options
Learn more about World War I at A multimedia history of World War I.