Guidons, sometimes called standards, are displayed and carried by all United States Armed Forces and other civil and service organizations. They are used to signify unit, squadron and/or corps affiliation. They are often given as a gift to commanding officers. 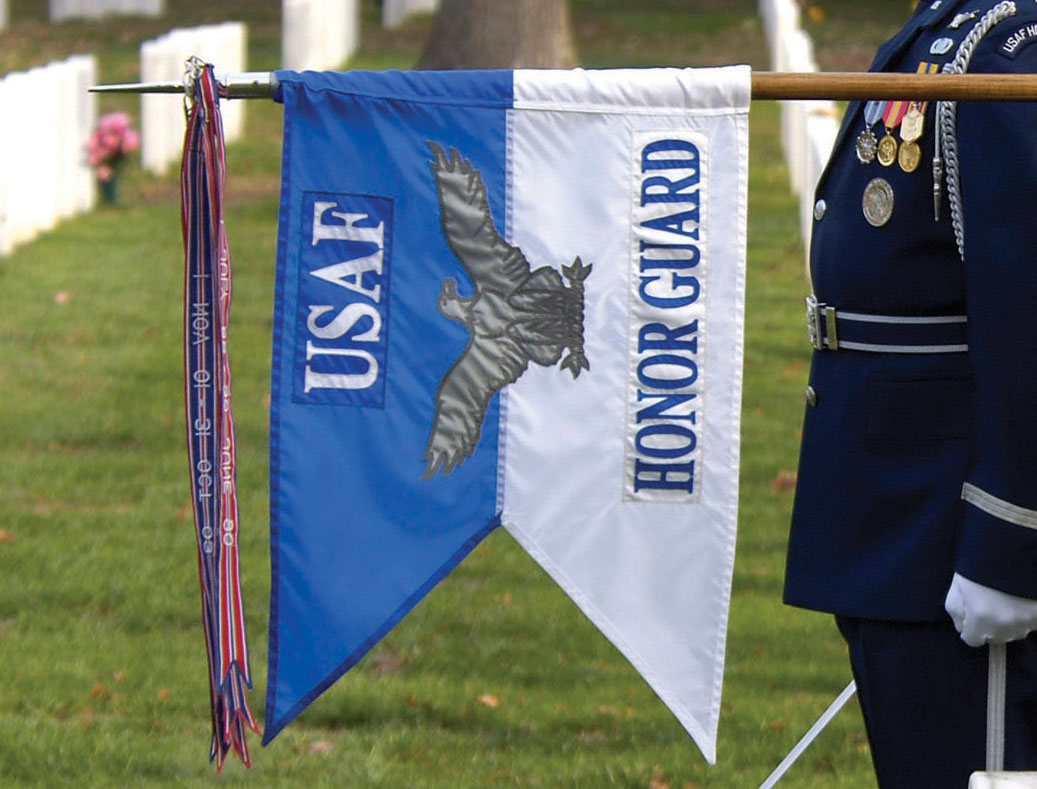 We offer two Military Regulation Guidon options: Double Patch and Double Sided Double. Each style includes six 3-1/2 in. appliquéd letters on each side. Eight letters maximum per line of text. Also includes 2 in. pole hem, 20 x 27 in. flag field with 10 in. swallow tail. 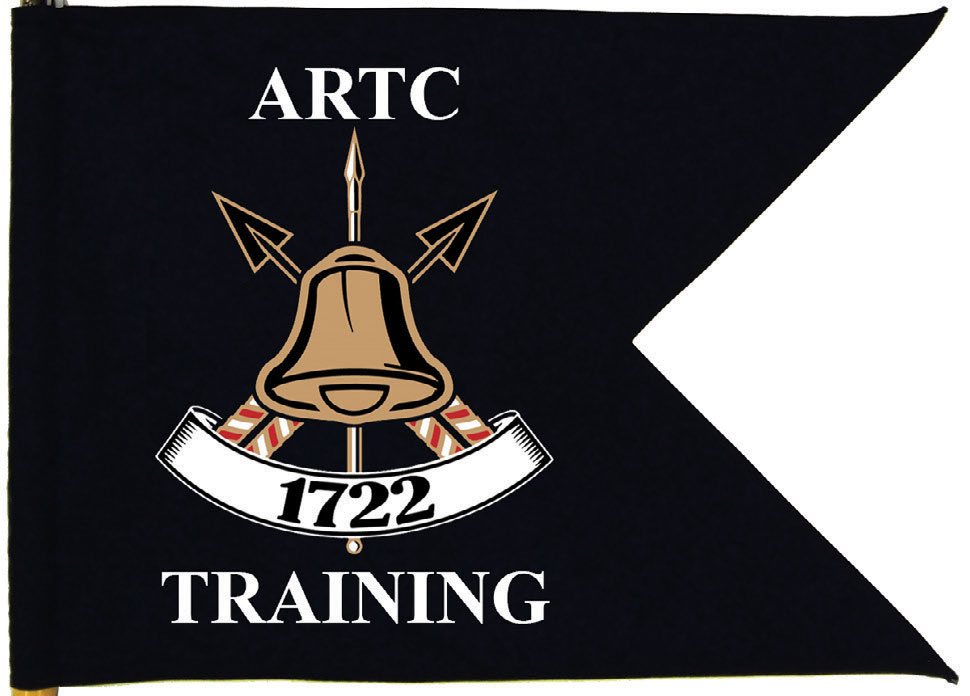 Custom Printed Guidons are affordable and do not meet military regulations. Choose between canvas heading with grommets or pole hem. Call for quantity pricing over 12. 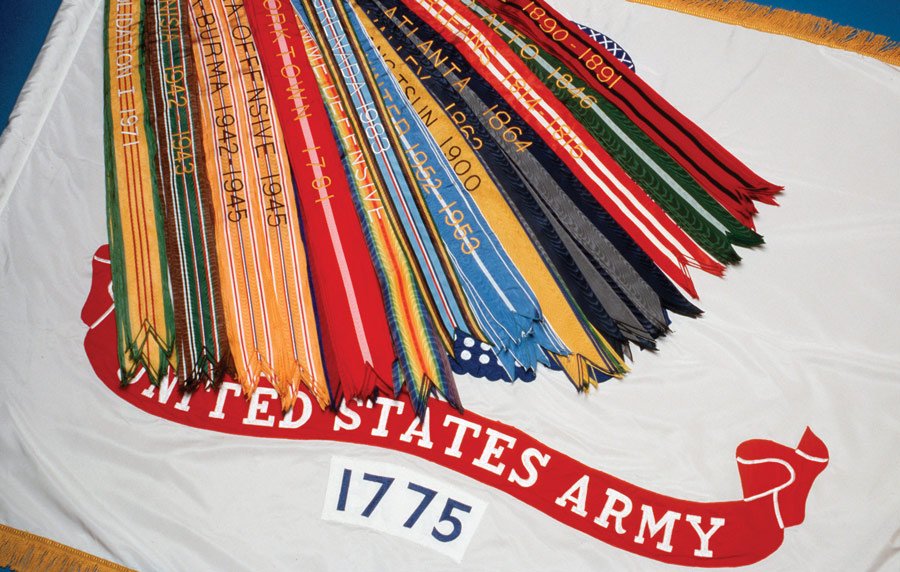 Your campaign name can be embroidered on our stock service streamers to display on your award ribbon presentation ring. Pricing is for embroidered letters only. Streamers are priced separately.

In the United States Army, Navy, Marine Corps, and Air Force, a guidon is a military standard that company or platoon-sized elements carry to signify their unit designation and corps affiliation or the title of the individual who carries it. A basic guidon can be rectangular, but often has a triangular portion removed from the fly (known as "swallow-tailed").

You will see below that the Army has the most variety among their standard guidons while the Air Force and Navy have a single standard that is used for all groups. All military forces often have non-standard guidons for specific units such as the Navy SeaBees or other specific commands within the Air Force for example. The Marine's have only one official standard rectangular design guidon for all but one company. Charlie Company 1st Battalion 7th Marines or "Suicide Charley" is the only Marine unit authorized a second guidon in the United States Marine Corps; a white rectangular guidon with a skull and crossbones. Read more about "Suicide Charley" the link will open in a new window. If you are seeking a Suicide Charley guidon or other custom unit or company guidons for any military branch give our Flag Experts a call at 1.800.445.0653 or send a custom quote request. You can read our testimonials here from customers...we've been in business almost 40 years so we know how to answer all of your flag questions.

All of the guidon's below are military standards, if you want a custom guidon design call or get a quote. Use these images as your "base" image as you add your specific unit identifiers.

Certain designs are only available in a printed version.

We are a Woman Owned Business.