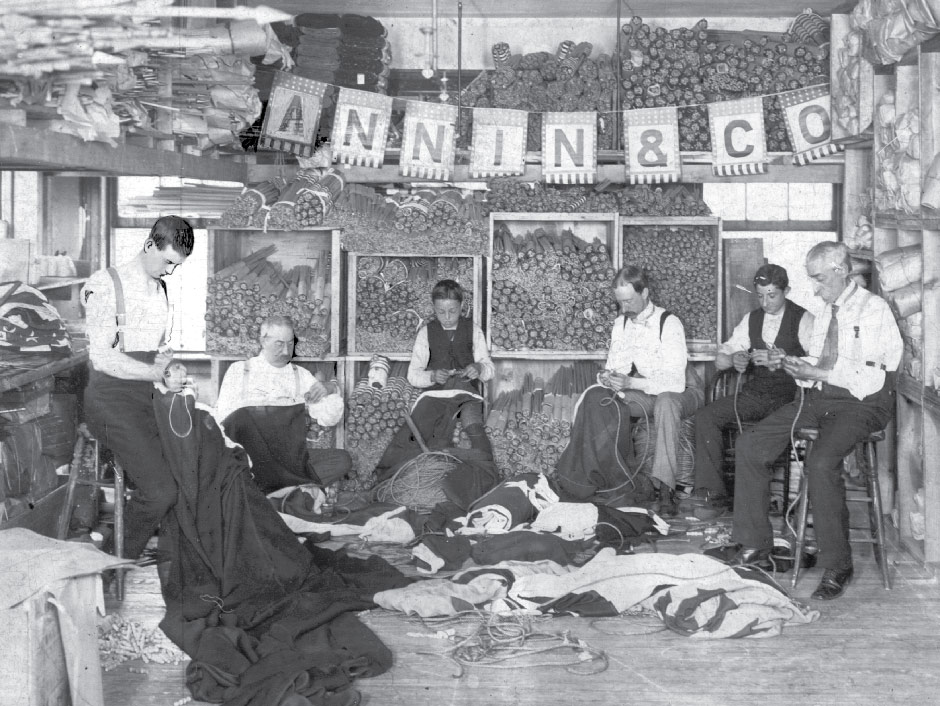 FlagandBanner.com is proud of their long relationship with America’s oldest and largest flag manufacturer, Annin Flagmakers. With their long, rich history in the flag business that includes selling flags during the American Civil War, designing the 50-star American Flag and being a founding member of the Flag Manufacturers Association of America, they remain heads and shoulders above any other U.S. flag manufacturing company.

The American flag was less than fifty years old when Alexander Annin began making US flags for the merchant ships in his sail-making shop on the New York City waterfront in the 1820’s. Since that time, the story of the flag making company is interwoven with the story of America itself.

This family owned and operated manufacturer attributes its longevity and success to its dedication to quality and service to its suppliers. The Flag Manufactures Association of America (FMAA) certifies that its American flags have been made in the USA of materials that are domestic in origin and that all processes in every step of its manufacture were completed in USA facilities with USA labor.