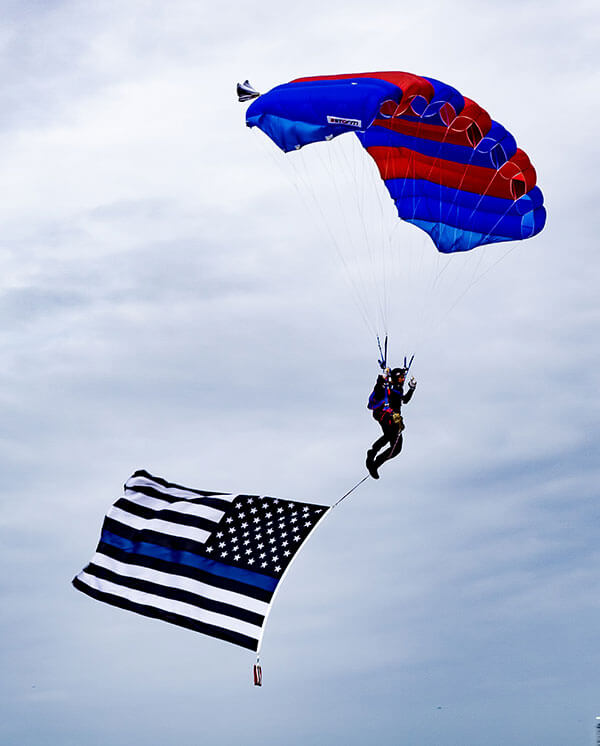 atrick Fortune started skydiving on May 2, 1998. He had just been assigned to an Airborne Unit at MacDill Air Force Base and thought that he would get a head start. He had almost 400 jumps prior to going to The United States Army Airborne School at Fort Benning Georgia. It wasn’t until he got to the school that he realized that skydiving and Airborne training are two different things!

Although those 400 jumps provided practice, the forms and intentions are entirely different. In skydiving, a jumper freely exits the aircraft facing front, pulls his own chute, enjoys the ride, and lands standing. Airborne School is war preparation. The jumper is on a line that pulls the chute upon exiting, the exit is backward from the aircraft, and the landing is never feet first. Patrick Fortune had practiced the wrong technique over 400 times! Remarkably, he earned his Airborne Wings in three weeks and continued his service until November of 2004.

After retiring from the Air Force a Technical Sergeant, Fortune became a Hillsborough County Deputy. The stress of the job and its demanding schedule prevented Patrick from doing what he love most... jumping. In 2007, he resigned his badge. He began skydiving again and now has over 2300 jumps. In 2015, Patrick took a Professional Demonstration Class. That course taught him the use of flags, smoke, and requirements for doing a jump into different venues. He holds a few records in Parachutes Over Phorty (POPS) and is currently part of the skydiving team called "The Chuters." In 2016, he opened Fortune's Freefall Fantasies where he teaches others the skill of parachuting.

Last December, Fortune began exploring a way to show how much he valued U.S. Law Enforcement Officers and First Responders. He stumbled upon FlagandBanner.com and opened an online chat to bounce around some ideas. The Thin Blue Line flag spoke to him. In the 1950s LAPD Chief Bill Parker coined the term “thin blue line” as the barrier between law and order and social and civil anarchy. By the early 1970s, the term had spread to police departments across the U.S. Use of the term became especially widespread following the release of Errol Morris' 1988 documentary film The Thin Blue Line. 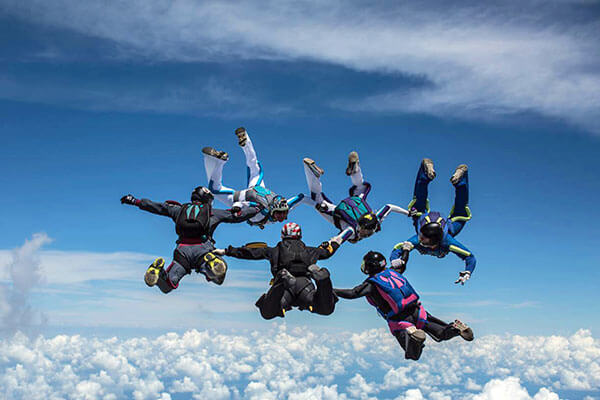 Unfortunately, the largest stock size of that flag is three feet by five feet. That size would not be large enough for Patrick’s purposes. He decided to order an eight foot by twelve foot, custom-made Thin Blue Line flag. “I was looking for a way to show just how much I appreciate what [Law Enforcement Officers] do for all of us,” said Patrick.

He received his custom-made Blue Line flag the first part of January, and the final product was flown over Skydive City, Zephyrhills Florida on February 3, 2018. Disappointed at the first flight, the jumper said, “The weather was gloomy, and the flag really didn't stand out like it would have if there had been no clouds. I plan on jumping the flag more than a few times and will send the pictures of each jump.”

It wasn’t long before pictures came pouring in. Patrick reported, “ As you can tell, it flew great, and with the outstanding ground crew, it never rested on the ground for longer than safety required. I just want to say thank you to your company for putting together the flag.”