he Dreamland Ballroom lost a friend last April with the passing of Arkansas native and Broadway performer Lawrence Hamilton, who died from complications of surgery at age 59. He hosted the first two Dancing into Dreamland events, lending

his star power to the restoration cause. Although his career took him around the world, his heart remained close to home, where he worked to better the local art community.Actor Lawrence Hamilton hosted the first Dancing into Dreamland fundraiser held at the Arkansas Governors Mansion in 2011.

Hamilton was born in Ashdown, Ark,, in 1954. He expressed his musical dream early by taking piano lessons, but his first jobs were far from glamorous. In a 2002 Associated Press interview, he described the drudgery of working at a poultry farm. “My knuckles would swell up,” he said. “I told my dad, ‘I’m a pianist. Look at my hands. I can’t do this.”

After earning his Bachelor’s degree in music education from Henderson State University in 1976, Hamilton was a performer at Walt Disney World, the LA Times reported. From there, a talent agent found him a part in Broadway’s “Timbuktu!” along side Eartha Kitt. Over time, he starred in more Broadway performances like “Ragtime,” “Jelly’s Last Jam” and a revival of “The Wiz.” He also hosted a televised AIDS benefit, coached boy band New Kids on the Block, and performed at the White House and the Vatican.

Cathy and Mike Mayton, trustees of the Stella Boyle Smith Trust, became Hamilton’s patron after seeing him perform in “Ragtime.”

When Kerry McCoy, founder of Friends of Dreamland, came to Cathy for advice about the organization’s first event, the Stella Boyle Smith Trust paid for Hamilton to host Dancing into Dreamland and for his celebrity guest, Mercedes Ellington, granddaughter of Duke Ellington. McCoy said Hamilton performed brilliantly at the event.

“He was so professional,” McCoy said. “You could just feel the difference when he walked in. He was all pro. That’s what Cathy and Mike saw in him.”

Despite his success, Hamilton remained humble and connected to his roots. In an Associated Press interview, he said, “God has blessed this little boy who used to bale hay and pull chickens out of a crate.” He touched many lives on the road between Little Rock and New York City and his legacy continues in his exemplary work and the fond memories of his friends. 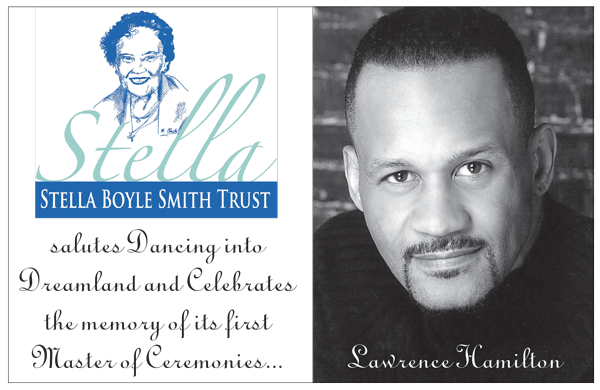