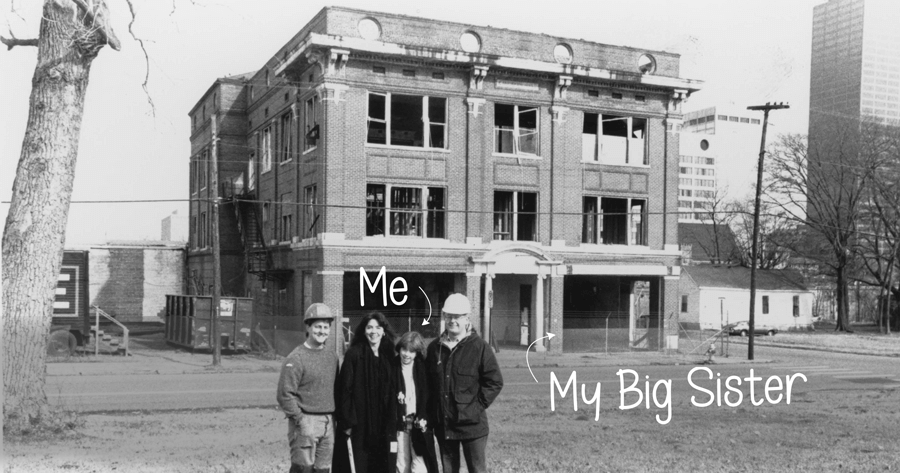 Arkansas Flag and Banner is my big sister. She is four years older than me and we grew up together. It is hard to imagine my life without her. 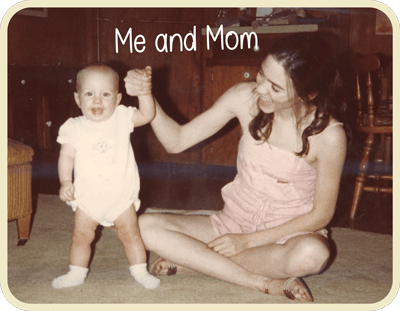 he Flag and Banner office was initially set up in my playroom in our first house on Kavanaugh. Mom appropriated the converted porch, had a phone installed and set up some shelves for flags. I was so excited watching this transformation…until I realized that I was not allowed to play with the merchandise! I always tell people that I was the first employee because I would run to the new office and answer the business phone when I was three. 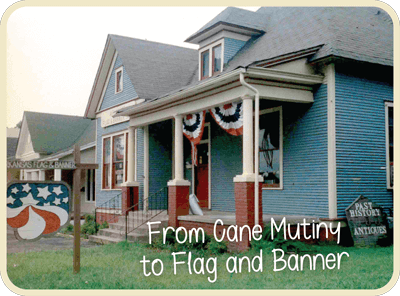 By the time I made it to elementary school we had taken over my grandmother’s old retail shop, Cane Mutiny, in downtown North Little Rock. Each day after school, I walked from St. Patrick’s to the store. I mostly used the ‘office hours’ in between school and home to do my homework. I hid from the lady in the front room making flags. She was usually armed with scissors and was always trying to do math in her head. There were fun times when I played practical jokes on Charles and Steve. We had grown enough to have two actual salespeople! 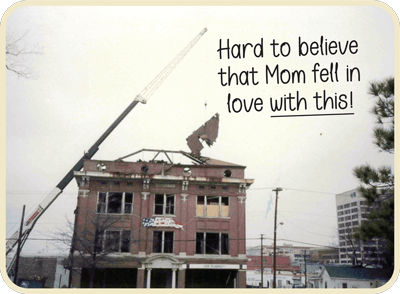 In the early 90s, as a typical middle schooler, I made up stories about fairies and princesses and had imaginary sword fights with my friends. So, I thought it was adventurous when Mom and I broke into a huge beat-up old building in downtown Little Rock. I remember it being completely trashed and I could not figure out why Mom was so excited. When we climbed the rickety stairs, through a ton of debris and came out on the third floor, I finally understood the buildings appeal. It was a make-believe paradise. Mr. Rogers could not do better! A month later, it was ours. 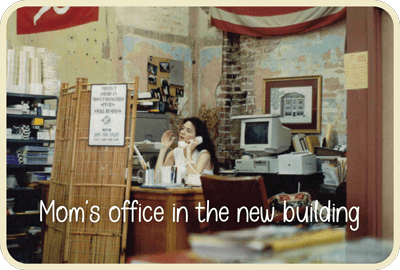 At first, we barely had more than two rooms, a desk and some strange pink concrete that Mom thought was so cool. In the following years, we finished part of the first floor and by the time I started my first official job at FlagandBanner (at seventeen) we had added a small store for customers in the front hallway and Mom had an office on the second floor! 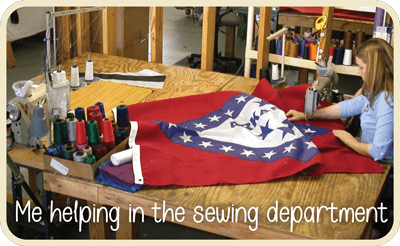 Over the years I worked in the showroom, marketing, accounting, sales, shipping and production. I can even sew a flag if we get desperate. I have taken several breaks from the business and at least every five years or so, Mom and I would get into a fight and I would quit right before she fired me! But the draw of the family business is hard to resist. I’ve spent my entire life in the flag business, and you can’t discount all that knowledge. As I get older, I have found that I appreciate everything that FlagandBanner has done for me and

Most recently, Mom decided she wants to be a radio personality! So, we have started a new venture in the McCoy family. Each week she interviews a guest about how they became a successful entrepreneur. Working on this new venture with Mom has proven to me once again how much there still is to learn. I cannot wait to see what we do next!