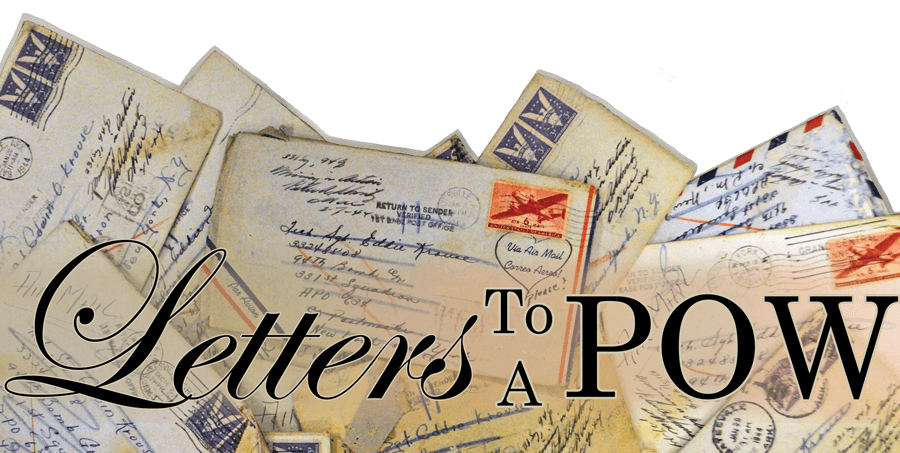 Letters to a POW 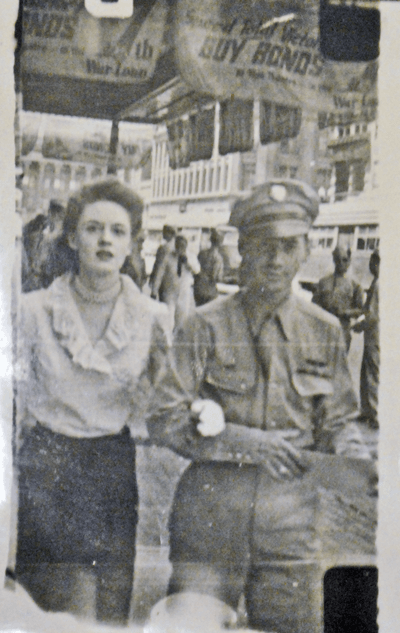 ddie met Sally in a boarding house in our nation's capitol in 1942. It was the eve of the United States' decision to join the Second Great War. Originally from Pennsylvania, he was in Washington DC studying to become an FBI agent. She was from Batesville, Arkansas, recruited to help fight the Germans by becoming a typist. From the moment he laid eyes on her, he was smitten. She was a tall, red-headed beauty with a square smile and a shy demeanor. He, gregarious and darkly handsome, found her breathtaking and mysterious.

They courted during their short time in DC; talking all night on the rooftop terrace of the boarding house, going on dinner dates, attending music shows featuring Tommy Dorsey and a skinny kid named Frank Sinatra. One rainy afternoon, as the two strolled hand-in-hand, Eddie saw his first magnolia blossom. The delicate beauty of the flower quickened his emotions. He turned to Sally, looked into her eyes and said for the first time, "I love you." 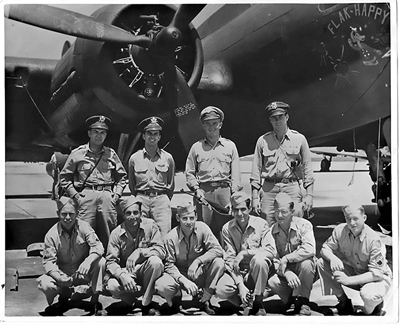 Within a month they were married. Two weeks later, he deployed to England as an Air Force gunnery radio operator running air raids on the Germans. Sally returned to

Batesville and began writing letters filled with whimsical humor and new-love hope, underlain with pleas of caution and feelings of impending dread. She ended every letter with I love you...Be Careful. On January 25th, she received a Western Union telegram from the Department of War informing her that her worst nightmare had become her new reality. Eddie was Missing in Action. She did the only thing she could do; she wrote and wrote and wrote. Each letter returning to her with the news again scribbled on the unopened envelope --- Missing in Action.

WWII soldiers were discharged after completing 25 missions. Eddie was on his 24th raid and all omens, if you believe in such things, were unfavorable. His lucky radio #5 (with the name 'Sally' carved into the side) had been taken by another squadron. The engine light on his bomber was glowing red, indicating problems with the engine. The 10-man squadron unanimously voted to chance engine problems and fly anyway. Mid-mission, the 285 planes received the order to abort. The eighteen planes out front never received the call. The German Air Force swarmed those maverick planes, Eddie's plane among them.

Then the unthinkable happened. The engine on Eddie's plane failed. The plane dropped out of formation making it a sitting duck. The Germans descended on the plane covering it with gunfire and rockets. One of those rockets found its mark. The wing of the plane was hit. The pilot called for evacuation. Each soldier parachuted out of the B-17. Eddie was last. As he came to the door, the cable jammed, and the door wouldn't open. Knowing he must jump, he kicked out a tiny window slightly in front of the damaged wing. Although he feared being hit and killed by the wing or debris, he knew it was certain death to stay on the plane. So, he squeezed through the window, muttered, "Well, I guess this is it Sally" and jumped. Miraculously, the wing missed him. He parachuted down and landed in a civilian field. He saw that two of his squadron had been killed--laying on the ground, pitchforked to death. Eddie scrambled for cover in a nearby wooded area.

German soldiers discovered him, and he was sent to Stalag 17. For the next year and a half of his life, he endured freezing temperatures and starvation as he waited for America to win the war.

On March 3rd, two months before their first wedding anniversary, Sally received another telegram. It read: "Report just received through the International Red Cross states that your husband Sergeant Edwin O. Krouse is a prisoner of war of the German Government." She was flooded with relief that Eddie was alive, followed by a

wave of terror at what her beloved might endure in a German Prison Camp and, finally the consoling realization that she finally had an address to send her letters. For the next 16 months she reached out to Eddie writing for hours at a time. She wrote about milestones and incidentals. There were letters informing him of her birthday wishes, of how she spent their 2nd anniversary in tears when a friend sent her flowers on his behalf, 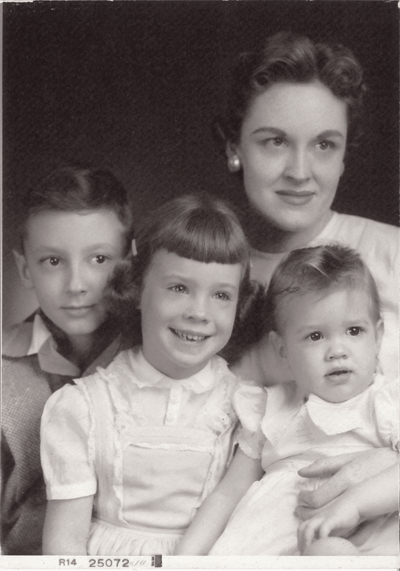 of insecure ponderings of a young bride questioning her worthiness of an American hero, of impatient annoyance over the lengthening separation, of assurances everything was going to work out, and always, always of love.

He was allowed to write one V-mail a month. V-mail was 'proofread' by the Germans and could only be in printed block capitol letters. The paper was thin, with little more space than a postcard in which to express thoughts. Sally lived for those tiny pieces of parchment.

On June 8, 1945 Sally received her last telegram from the War Department. It read: "The Secretary of War desires me to inform you that your husband T/Sgt Krouse Edwin O returned to military control 03 May 45." By the end of June, they were reunited in St. Petersburg Florida. The initial love they felt for each other in Washington had strengthened through their time apart and they remained happily married for the next 55 years.

They capitalized on their entrepreneurial spirit and began several companies including Cane Mutiny, A-1 Ambulance and Radar Sonics. They had three children: Rick, Kristin and Kerry Krouse. Rick became an engineer, Kristin a teacher and Kerry an entrepreneur, like her parents.