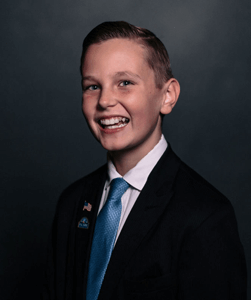 n Veterans Day 2015, young Preston Sharp visited the grave of his grandfather at Redding, CA, cemetery to place on it a flag and some flowers in memorial to his grandfather’s service in the US Navy. Preston, then ten years old, noticed the lack of flags or flowers on the graves of other local veterans. He became very upset that veterans weren't being honored on the very day set aside to honor them, Veterans Day.

Being a normal ten-year-old he continued to verbalize his irritation throughout the day, so I told Preston, "You can't complain about something unless you are willing to fix 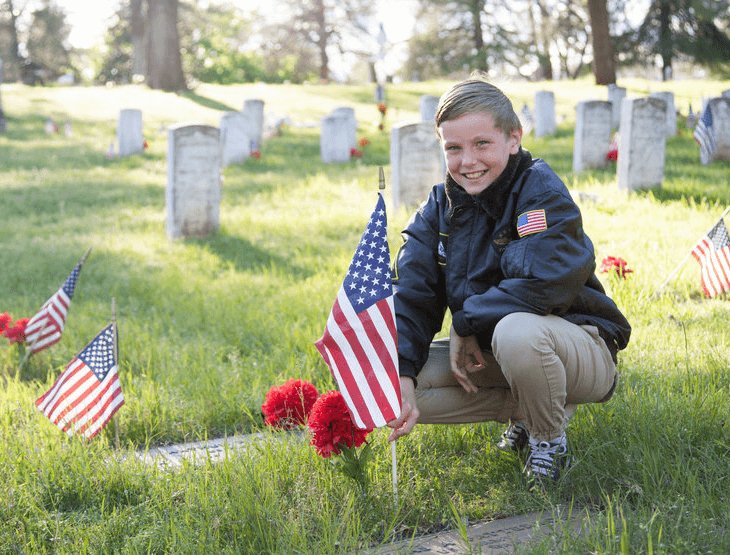 it.” Preston looked up at me and with a very strong voice said, "I am going to do something about it, Mom!"

He started raising money for the flags and flowers immediately by asking how much money he could get if he vacuumed the floors. That night, Preston set a goal to place a flag and flower on the graves of each of those veterans at McDonald's Chapel and Redding Memorial Park. Using social media, word of Preston’s effort and goal spread, and the Sunday visits to Redding Memorial Park began to draw other community members, some from more than 60 miles away. As Preston began to realize his goal of honoring all veterans at his grandfather's cemetery, he extended his goal to include veterans at other Redding cemeteries; then it expanded to Shasta and neighboring counties. 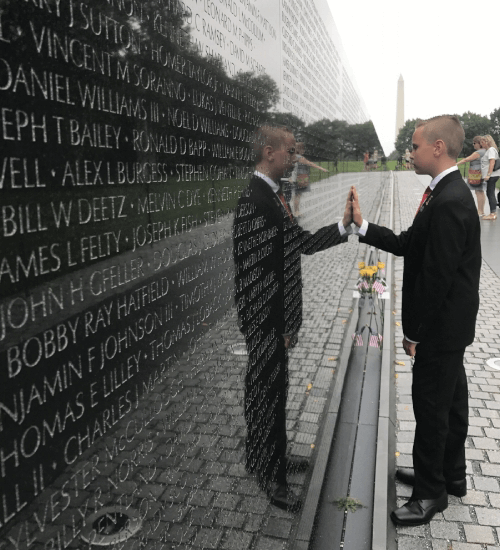 As of January 2018, Preston has organized the placement of more than 40,000 flags and red 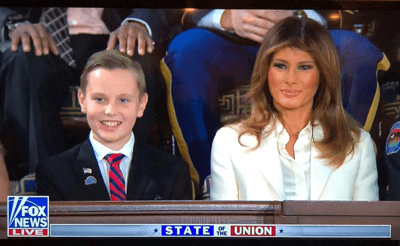 Preston does not just honor the fallen veterans. He goes to the local veterans' home and listens to their stories. It was during one of these visits that Preston met a veteran who had to give up his dog when he moved into the veterans' home. The dog was in Oregon, so the owner wasn't even able to visit him. For Christmas 2016, Preston asked if he could please adopt Rusty, the veteran's dog, rather than getting the laptop he had originally requested. That way, the veteran could still see his dog whenever he wanted.

Preston says that he won't stop honoring veterans until he can't bend down anymore to place the flags on their graves. His motto is: "We need to honor veterans EVERYDAY and not just on a holiday." 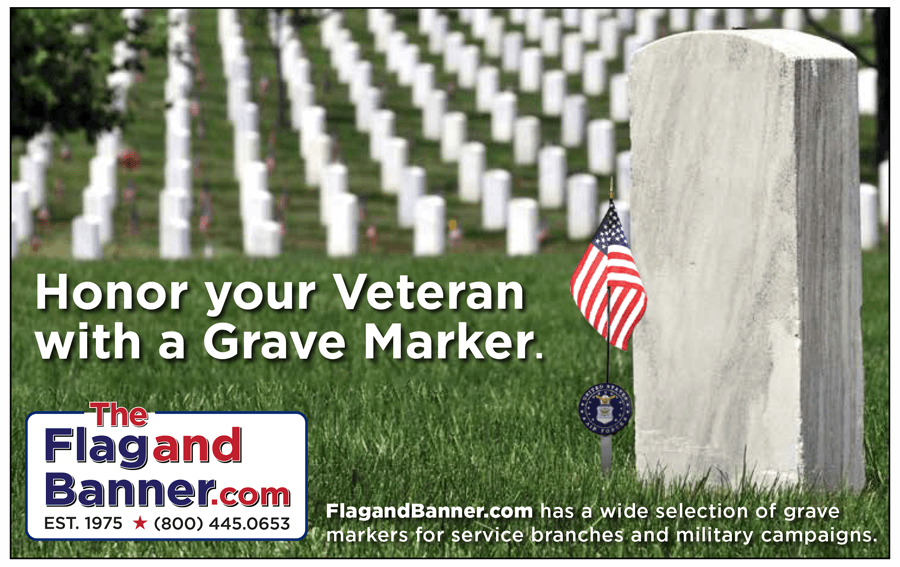