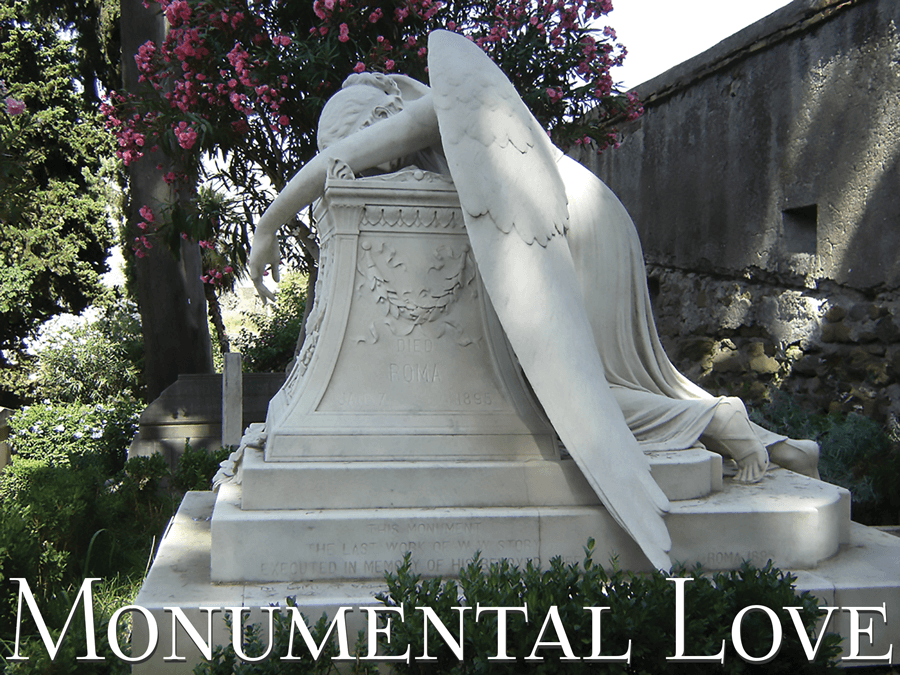 lthough their names are not widely known, William Wetmore Story and his wife, Emelyn Story, lived a remarkable life together. William was always destined for greatness, though many around him were surprised by the unorthodox path he took to attain it. The son of Supreme Court Justice Joseph Story, William was groomed for an elite career in law. His Harvard education, feverish work ethic and bewildering intelligence gave him all the advantages necessary to build a life of great eminence. He was admired for his essays and sculptures by such well-known people as Nathaniel Hawthorne, Henry James and even Pope Pius IX, but it was in Emelyn that William found his equal.

Married in 1843, the couple moved to Rome in the 1850’s and resided in a 40-room apartment in the Barberini Palace. The hospitality they extended to visiting American diplomats and luminaries became renowned the world over. It seems that Emelyn was William’s partner in all of his artistic endeavors and the one who spurred him on to greatness. In a remembrance of William, Henry James recalled that Emelyn was “a presence indefatigably active and pervasive, in a large measure of what was best and happiest” in William’s career. William was fond of telling James that Emelyn was “My life, my joy, my star and help in all things.”

In an era when marriages were based in the consolidation of property as much as of affections, and when most died before they reached 50, it was rare for a couple so deeply in love to share such a long life together. Surely, the Storys comprehended the unusual nature of their happiness. And so, when Emelyn died in 1895 at the age of 74, William’s children beseeched him to erect a monument to her memory. Paralyzed with grief, William struggled to craft a statue to match the enormity of his loss. Bereft of his muse, the master sculptor had the stamina for one remaining deed.

Shortly after completing his haunting statue of the Angel of Grief, William died.

The statue still rests beside Emelyn’s grave in the Protestant cemetery in Rome, and has been the source of inspiration for dozens of replicas around the world. In this way, the bereaved pose of the angel could be said to extend far beyond Emelyn’s tomb.

At Oakland Fraternal Cemetery in Little Rock, Arkansas one impressive replica mourns over the Steen family. Sadly, unlike William’s statue for Emelyn, the story behind the Steen Monument in Little Rock is largely lost to history.

Replicas can be found in Houston and one, even in Dallas, Waco, Dennison, Brenham and Scottsville Texas.

The original Angel of Grief monument stands at the Protestant Cemetery, Rome, below is a list of replicas from around the world.