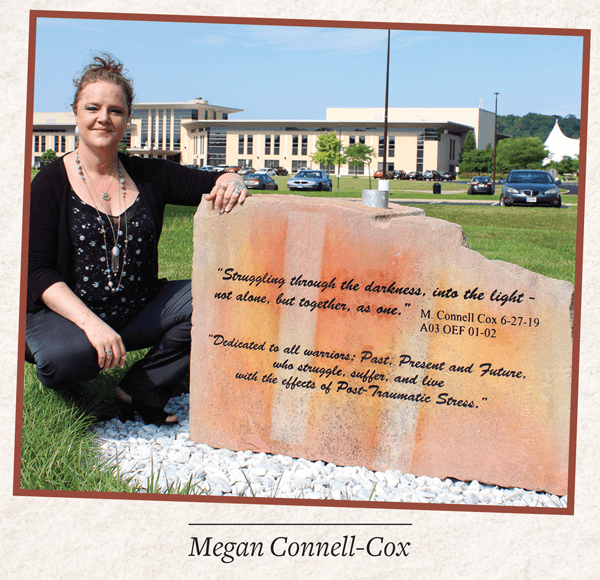 s a student veteran who has struggled with personal challenges during and post-active duty, I understand the frustration that comes from feeling as if there is no support within the VA and none in the community. I still experience times of feeling alone and helpless when an issue presents itself that I previously thought I had conquered. There are many more like me…thousands of veterans who are not informed of resources available or where to seek them. Since the September 11, 2001 terror attacks, the suicide rate has gone up 35%, in part because of increases in post 9-11 veterans killing themselves.

I wanted to commit my energy, time and love into a creative piece of original work to show support and awareness of an epidemic affecting not only the military at a reported rapid pace; 22 veterans commit suicide every day because of Post-Traumatic Stress issues; but also, the general population who struggle without support. 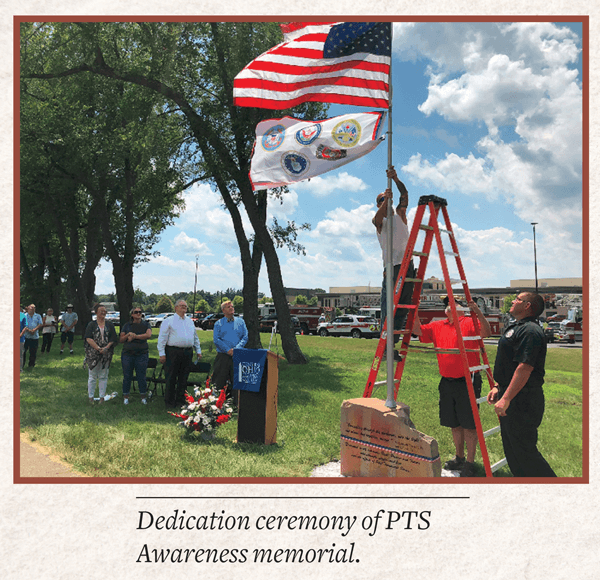 As I started this project, I imagined a very large slab of weathered rock to symbolize the battle-tough men and women who fight for our liberties; unbreakable, steadfast, strong and immovable. I then began to picture a flagpole displaying a flag with all branches of the U.S. Armed Forces, and beneath it, a black and teal PTS Awareness flag, supported by the large boulder. I wanted to add an inscription or simple quote for inspiration. I presented this idea as a project that I would undertake for the school I attended (Central Ohio Technical College).

On July 15, 2019, (Flag Day, ironically) the monument was complete, and a dedication service held. My hope is that it will start a conversation and bring awareness to our strong, yet sometimes, silently suffering warriors. I want to bring the darkness into the light, show support and offer encouragement to seek help. A gift from one vet to another.