Columbus Day falls on the second Monday of October annually. The day honors famed Italian explorer Christopher Columbus' arrival in the Americas on October 12, 1492. Employed by the crown of Spain, Columbus crossed the Atlantic Ocean in search of an alternative route to Asia and instead found the New World. The second Monday of October is also celebrated as National Indigenous Peoples Day. 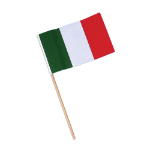 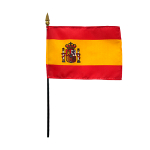 Nylon - Made in USA