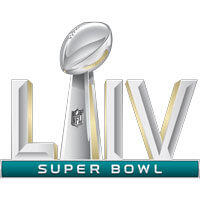 The Super Bowl is the championship game of the National Football League (NFL), the premier association of professional American football. The Super Bowl uses Roman numerals to identify each game, rather than the year in which it is held. The day on which the Super Bowl is played is now considered a de facto American national holiday. The Super Bowl occurs on the first Sunday in February of each year.

Check out our party supplies for your Super Bowl party! Visit the official NFL Website to learn more about the history of the NFL and the Super Bowl.