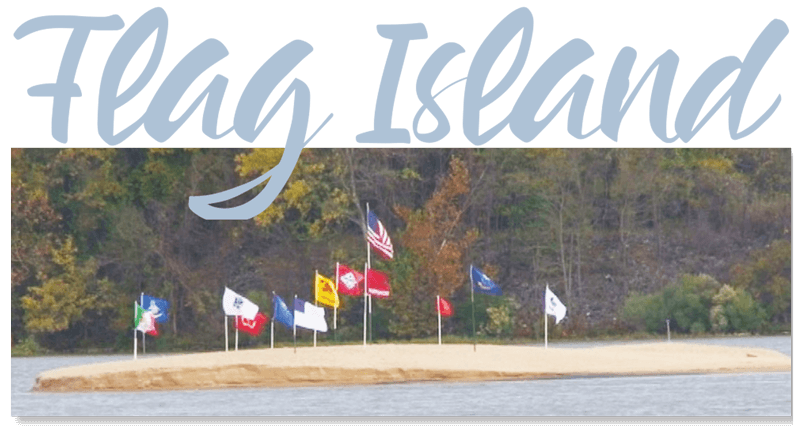 few months ago, I received a picture on my cell phone of a little island in the middle of the Arkansas river that was covered with flags. “What’s up with this,” my friend texted. It was a fair inquiry. After all, I am in the flag business. But, I had no clue.

So, when I arrived at work the next day, I began researching what was going on in the middle of the river. I made a few calls. Miles Brown, of the Army Corps of Engineers, informed me that the little island was actually a sand bar, created last summer when they were drudging a channel for barges. Brown provided a plethora of information that I found very interesting. (I’m kind of a numbers person.) He reported that the channel was nine feet deep and 250 feet wide. A conveyor belt had been used to move the unearthed sand, depositing it along the edge of the channel. This had formed the island. He told me he was aware of the flags existence and cautioned me to wear a life jacket if I decided to boat out to see the display up close. Brown said the average movement of the river was 10 to 20,000 cubic feet per second. When it reached 70,000 cubic feet per second, a small craft warning was issued. (That’s where the river was at the time.) Flood level is 300 to 350,000 cubic feet per second. At that speed, the river would wash the little island away.

I wondered who was going out there and putting up the flags. And, I wondered why. I also wondered if they were buying the flags from us! I printed out a Google earth aerial photograph of the island and one windy weekend hiked as close as I could get by land to try and photograph the flags whipping around. I felt the quiet stirring of a BRAVE story. I began tossing around in my mind the subtext ‘No man is an island’ type thing.

Then, one night this winter, when nothing new was on TV, I sat by the fire, listening to a book on Audible and watching the muted news for a look at the next day’s weather. Across the TV screen danced my flags on what my friend had dubbed ‘Flag Island.’ I scrambled for the remote, simultaneously unmuting the TV and muting the sound on my Kindle. My heart sank. The 10 o’clock news had scooped me.

They reported that a couple, Johnny and Jennifer, had seen the sand bar and put the flags there to put a smile on people’s faces. “It gives us something to do, to maintain. And it’s fun,” they said. On air, they welcomed anyone that wished to add to their display, encouraging them to boat out to the island (they named it Cora’s Island--after their dog) and plant their own flag.

Staking your claim with a flag is an action as old as history. I don’t know how it began… not sure that anyone does. Historically, flags were used to mark the turnover of government or the overthrow of countries, usually involving war and bloodshed. More recently, we use flags as symbols of solidarity or identification with a group or community. Flags are a way to leave our mark, to show the world ‘I was here,’ even on a transient piece of sand threatened with annihilation each time the river rises. In the end, the irony of the act’s absurdity coupled with the spirit’s indomitability does make me smile. 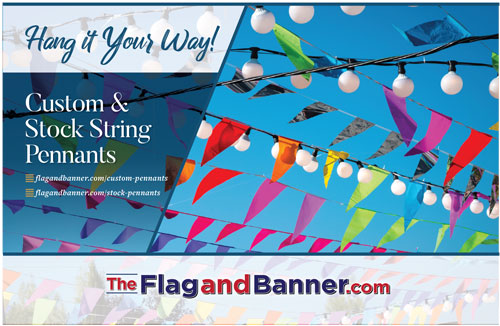