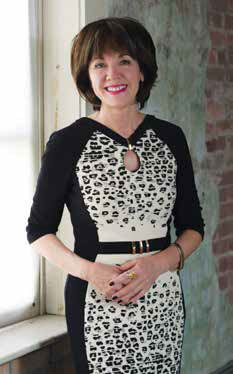 he story of FlagandBanner. com began with $400 and a young woman brave enough to knock on doors. Over the next four decades, Kerry McCoy lived the American Dream of entrepreneurship as she sold the most patriotic symbol of all, the American flag. What began in 1975, as a door to door small business in Arkansas, has now grown and expanded into a catalog, telemarketing, retail store and internet business. Although the company has changed, the focus remains the same... selling the American flag, made in America.

McCoy's story is inspiring. She was born to a typical middle-class family in the mid-south and had no formal education after high school. She found herself a business owner during a time when business was conducted by the good ole boys. She came of age during the Vietnam War, worked her way through a recession, and aligned herself firmly with the women's rights movement.

Through her years of experience, Kerry has come to understand that business is creative and her tour de force has been the creation of FlagandBanner.com, BRAVE magazine, Up In Your Business radio talk show and saving The Dreamland Ballroom. She helms them all from the historic Taborian Hall in downtown Little Rock, Arkansas. This 100 year old building was a haven for African American businesses in the early 1900's and the top floor Ballroom hosted music legends such as Duke Ellington, Ella Fitzgerald, Etta James, BB King, Sarah Vaughn, Louis Armstrong and many more.

From the time she purchased it, in 1990 to present, Kerry McCoy has worked tirelessly on renovating the old building, pictured to the right. Its history is now the subject of a PBS Documentary. Recently, the National Park Service Civil Rights Grant awarded the Friends of Dreamland (the non-profit that oversees its renovation) a half million dollar grant to make it ADA accessible.

Kerry McCoy’s passion, energy, empathy and curiosity are contagious. Her skills as an interviewer are unmatched. Her radio show guests range from General Wesley Clark and Arkansas Congressman French Hill to Maxi Dominguez of Raiz Apparel and Brandy McNair of Bella Vita Jewelry.

Peruse FlagandBanner.com to learn more about Kerry McCoy, to subscribe to BRAVE magazine or to listen to the Up In Your Business radio show. 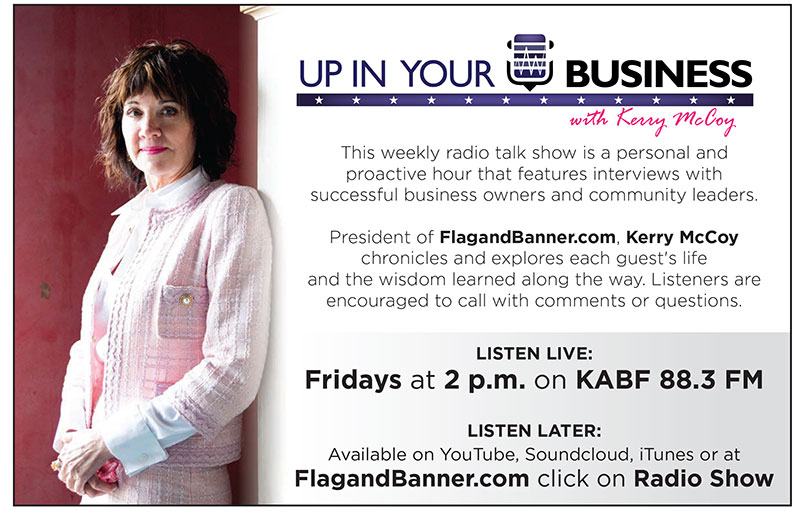