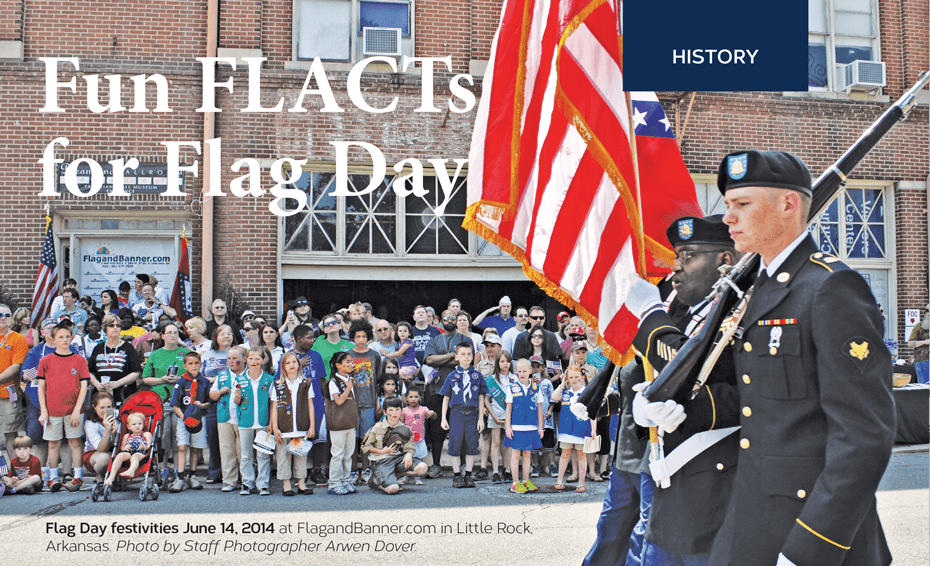 ere are some interesting flacts (that’s a flag fact) about Flag Day.

The reason Flag Day is on June 14th is because it took almost a year from our Independence Day in 1776 to decide what the United States flag would look like. The decision was finally made June 14, 1777, just in time for our first Fourth of July celebration, proving Americans haven’t changed that much in more than 200 years. We still like to put things off until the last minute!

Flag Day wouldn’t be a holiday at all if not for the obsessive compulsion of Bernard J. Cigrand. He began his career as a Lieutenant in the US Navy. After his service, he became a teacher. He then decided to go to dental school and finally became a dentist. But he had only one real cause…to see that the United States flag had a day in which it was honored.

Today, when driving in a residential neighborhood, our flag is proudly displayed on poles in ground and off porches. This practice didn’t start until the mid-1800’s. People didn’t start flying the flag at their residences until the Civil War began.

Until 1912, there were no standards of proportions for Old Glory. Before that, our flag was irregularly shaped and made with six or eight pointed stars. The fields or canton would be spattered with stars that showed up in alternating rows of four-five-four or in circles.

When we raise our flags June 14th, on Flag Day, (and they all look alike) we can thank Bernard Cigrand for his tireless effort urging those in power to set aside time to celebrate the symbol of our Democracy.

Shop for your American Flag at FlagandBanner.com – where all US flags are made in the USA!